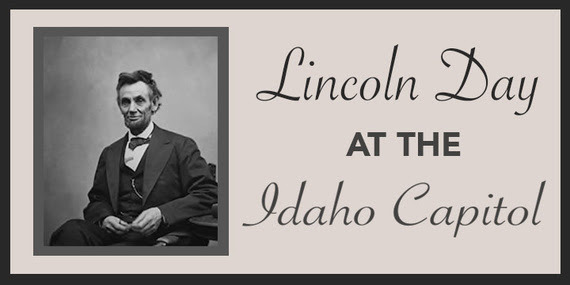 In both the House and Senate this week, Idaho Legislators commemorated the life of Abraham Lincoln. As our 16th President of the United States of America, each year the Legislature honors him for his critical role in preserving our nation as well as creating the Idaho Territory. In the Senate Chambers, orchestra students from Nampa performed “Battle Hymn of the Republic” and “The Star-Spangled Banner”; speeches were also given in his honor. In the House Chambers, musical performances included “Ashokan Farewell”, “Turkey in the Straw”, and “Arkansas Traveler”.