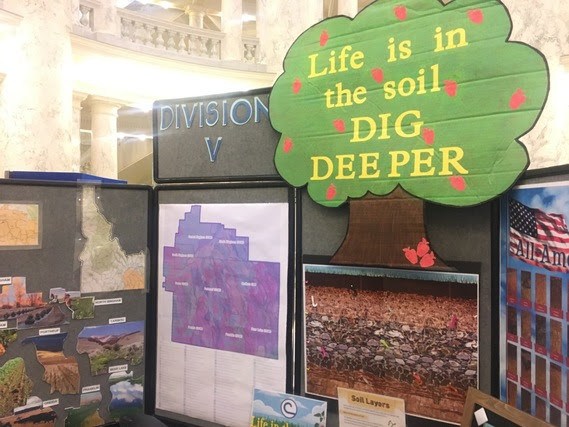 Legislators gathered on Tuesday, January 15th in the Capitol rotunda to celebrate Idaho’s soil and water resources. The Soil Conservation Service was created in 1935 as part of the US Department of Agriculture in response to the natural disasters and drought caused by the Dust Bowl in the 1930s. Nearly a decade later, the Idaho Association of Soil Conservation Districts (IASCD) was formed.